May 26 Posted by Board Member in General News

Cherokee County not only has some of the best schools in the state, but we also are fortunate enough to have some awesome alumni that tirelessly give back to their community. Every year we take a moment to acknowledge some that go above and beyond, and this year two stood out. We are so excited to congratulate Misti Martin and Judge Tony Baker as the 2022 Cherokee County Alumni of the Year.

A Cherokee High School graduate, class of 1991, Misti has been in the chamber and economic field since graduation. In the 90's, she worked for the County Chamber of Commerce and Development Authority as well as the Carl Vinson Institute of Government at UGA. She served as president and CEO of the Covington-Newton County Chamber of Commerce from 98-2004 before coming back to Cherokee County to join the Cherokee Development Authority. Misti received her BA from UGA and her MBA from Troy University and furthered her education by graduating from the University of Oklahoma's Economic Development Institute, along with the Institute for Organization Management at UGA.

Under her leadership, the Cherokee office of Economic Development has worked to create 2,000+ jobs and almost $440 million in capital investment since 2018. Misti was also recently recognized as one of the "Top 50 Economic Developers in North America".

She has been behind many initiatives to improve Cherokee County, such as Cherokee's Be Pro Be Proud initiative, Signing Day for high school graduates immediately entering the workforce, the Cherokee Film Summit, and Cherokee by Choice.

Judge Baker graduated Cherokee High School in 1985, graduated from University of Georgia in 1989, and obtained his law degree from Mercer University. He carried on practicing law with his father in Canton. From there he served as a trial lawyer and Municipal Court judge for Canton, Holly Springs, and Woodstock.

In 2007, Judge Baker was appointed as Cherokee County Juvenile Court judge and was re-appointed two times by Superior Court judges.
In 2011, Judge Baker received the prestigious Justice Robert Benham Award for his service to the community.

In 2018 he was elected as Blue Ridge Judicial Circuit Superior Court Judge. He has been a member of the State Bar of Georgia, the Blue Ridge Bar Association and both the State and National Council of Juvenile and Family Court Judges.
Judge Baker has served as a board member of the Cherokee County Educational Foundation, the Northside Cherokee Hospital Authority, Court Appointed Special Advocates (CASA), the Malon D. Mimms Boys and Girls Club of Cherokee County, the Cherokee County Sports Hall of Fame, and the Chattahoochee Technical College's Advisory Board. He was also involved with the Boy Scouts of America, Troop 125, as a Scout Leader and Merit Badge counselor. 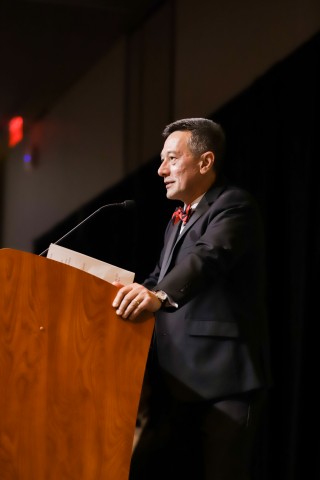